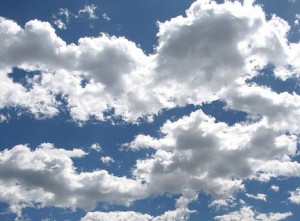 It looks like Microsoft’s (MSFT) re-entry into search with the launch Bing.com might have less to do with taking on Google (GOOG) as a search engine, and more to do with entering more uncharted waters: cloudvertisingg. Of course, this would still be putting them in direct competition with GOOG, but in more of a proactive way. In other words, rather than playing catch-up (which is what the launch Bing engine initially looked like), MSFT might be prepping to compete with the GOOG of tomorrow. As AdAge reports:

The software company and Mediabrands, the media division of Interpublic Group of Cos. that counts Microsoft as a major ad client, are collaborating to build a software system that marketers can use to track everything from search advertising and e-mail newsletters to CRM systems to TV buys in one place.

The logic is that too many of the tools used today to analyze and execute those various marketing functions don’t “talk” with one another, which creates inefficiencies and clouds decision-making. Microsoft’s goal is to create a single platform to do so.

In a nutshell, cloudvertising is about sourcing user data from a variety of internal (proprietary databases) and external sources (third-party APIs), and using that data to hyper-target according to their actual interests (not the advertisers), behavior, and even current mood. The result is better conversions and return on ad spend because users are shown ads that are relevant to them.

Presumably, the platform would use cookies and IP addresses to identify users, index their interaction with different CPM, CPC, and CPA ads, and then cross tabulate that data to serve ads that users are more likely to act on. Users would be better off because they wouldn’t be shown intrusive ads, and marketers would be better off because they could target consumers who are actually likely to buy, and not just consumers who they think might buy.

Should MSFT pull this off, they’d not only be competitive with GOOG, but would essenitally “cut’em off at the pass.” After all, search would only be a single facet of a multi-channel ad platform that can “decide” what ads to serve to which users.

Of course, chances are that GOOG is already working on something like this, and has been for a while. And if I was a betting man, my money would be on GOOG because their in-roads into cloud-computing country are significantly more extensive than MSFT’s. 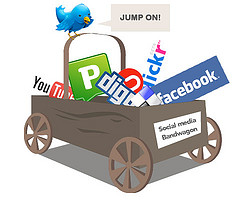 A fully comprehensive cloudvertising platform would also have to leverage third-party, social media APIs to profile users beyond the platform’s database. By reading third-party social media cookies and indexing the activity and content on users’ social media profiles, such a platform could hyper-target users according to their actual interests and behavior much more effectively. And given that GOOG is first and foremost a cloud-computing company, they seem much better poised to deploy this technology than MSFT.

Who knows? MSFT may have been working on this all along and are only now saying something because they’re so close, or they might just be trying to
maintain investor confidence by maintain industry and market perceptions of them as a leader in technology.

2 Responses to “Cloudvertising: Microsoft vs Google”