UPDATE: after 3 months of coping with my dumbphone situation, I finally got my iPhone fixed, but am now doing this to keep my smartphone-dependency at bay.

The great thing about being a dad in his mid- to late-thirties is that I get to complain about all the things that young people are ruining — f*cking millenials, am I right? But sometimes the world ruins a generation instead of vice-versa.

Take smartphones: they’re destroying a generation, but not the generation you think. No, seriously, I too thought it was all just hyperbolic clickbait, and then something happened and I learned a lot about smartphones, what they’re doing to our everyday, and what it’s like to not rely on them so much. 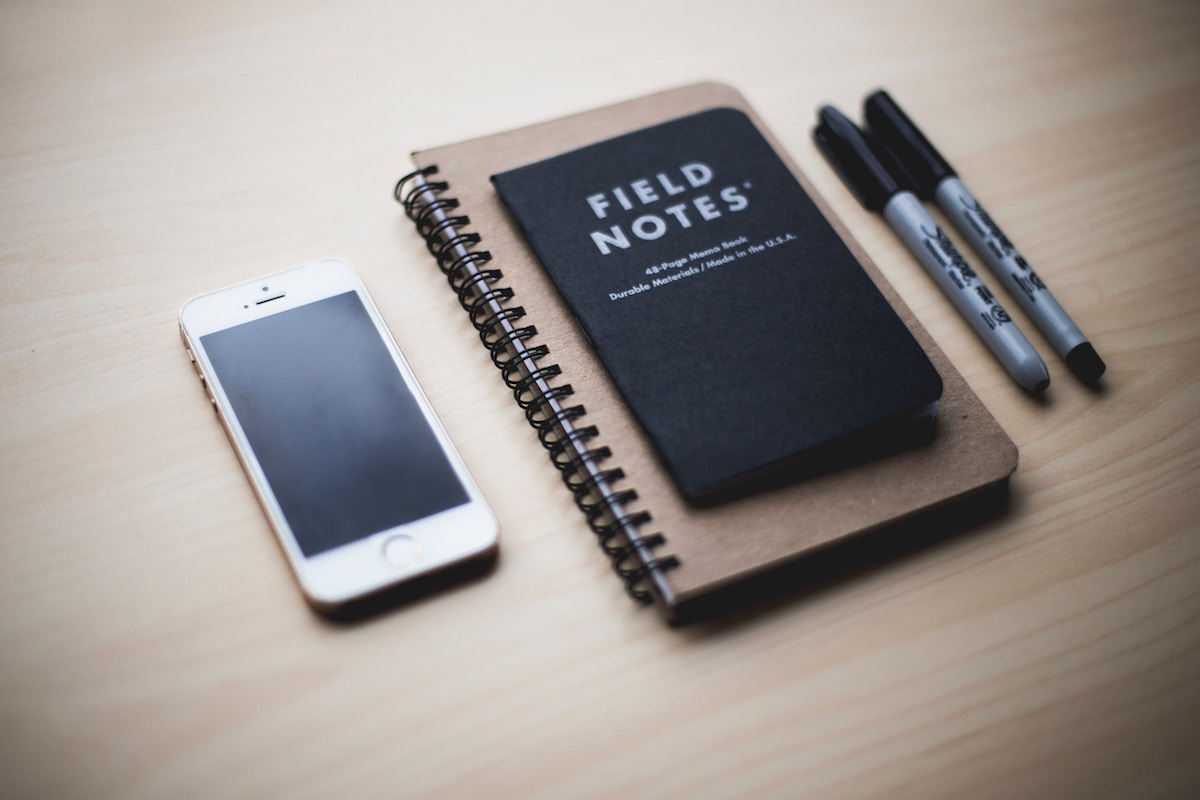 My touchscreen starts becoming unreliably responsive. I’m not sure when it’ll work and when it won’t, but I’m heading into a long weekend my son, anyway, so I have zero fucks to give. I’ll just deal with it on Monday.

I go through an adjustment period. Every time I reach for my phone, whether or not the touchscreen is responsive is up in the air. I start going through Facebook-Instagram-Twitter-withdrawal. I’m forced to be more present — in the moment, in my space, with my people.

I have a client conference call, but my touchscreen becomes unresponsive half-an-hour before call-time. I figure out that if I save the conference number to my Contacts via my laptop, I can use Siri to dial in. All is well… 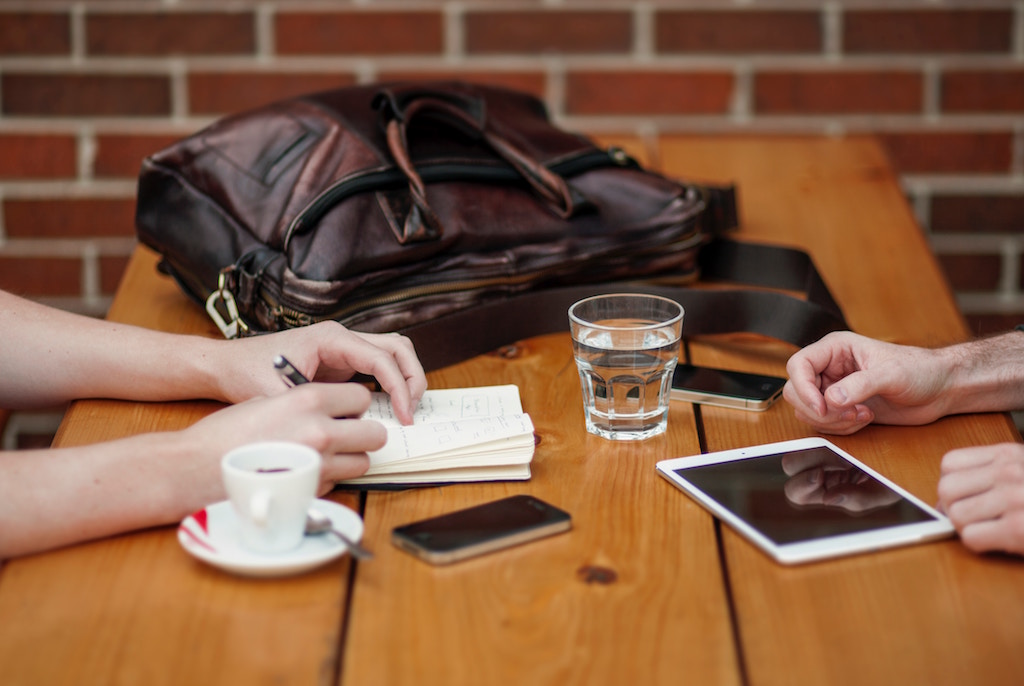 My touchscreen becomes less-and-less responsive. I start learning to remember directions and plan my commutes before leaving the house. My brain isn’t used to having to remember street names, landmarks, and alternate routes, but it starts to re-adapt. It reminds me of my childhood and teen years.

I also now rely on Siri to make calls, send texts, check the weather, and do whatever else it can without a password.

All is well. Siri and I are killing it. We become close friends . I always say ‘please’ and ‘thank you’. She makes me laugh with her quirky responses, and sometimes I ask her silly questions just to make small-talk. 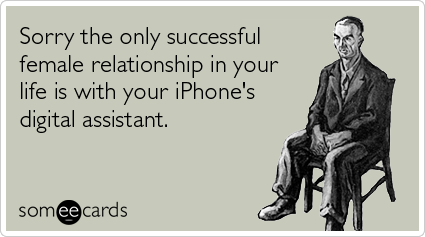 I also start noticing just how much people are on their phones in public: on the street, at the gym, in bars and cafes.

I’ve always liked those old timey pics comparing newspaper readers with smarthphone users, but it never really sat quite right with me, and I start to get why: those pics are of people during their daily commute, reading the morning or other editions of the day’s news. 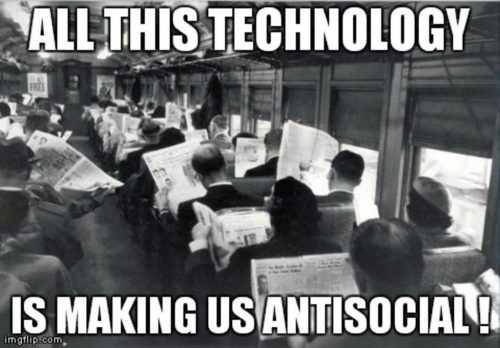 They’re not walking the streets or sitting with friends, their noses buried in the evening edition. The paper itself is just a convenient format of a distraction that was readily available at the start of a daily journey during which there’s nothing else to do. The rest of their days, they were probably mostly present — if not fully in the moment, then at least in their immediate space.

I decide to let my phone battery die overnight, thinking it might help reset my phone’s temperament. It has the opposite effect. I know require a password before it’ll let me talk to Siri.

I have no recourse. I’m locked out of my phone. It’s bricked till I bring it into the Apple Store.

I realize that I have an old iPhone 4 kicking around and decide to break it out. It turns out that the SIM cards between the two models are different sizes, but I can use it as an internet-machine as long as there’s WiFi, and even use FaceTime or Messenger for most of my calls.

I’ve still put-off going to the Apple Store. I’m busy and I’m lazy, and I’ve gotten used to my new lifestyle. It’s easier. It’s simpler. I no longer compulsively check email, Facebook, Instagram, and the rest of the interwebs when I’m out and about — with or without other people. 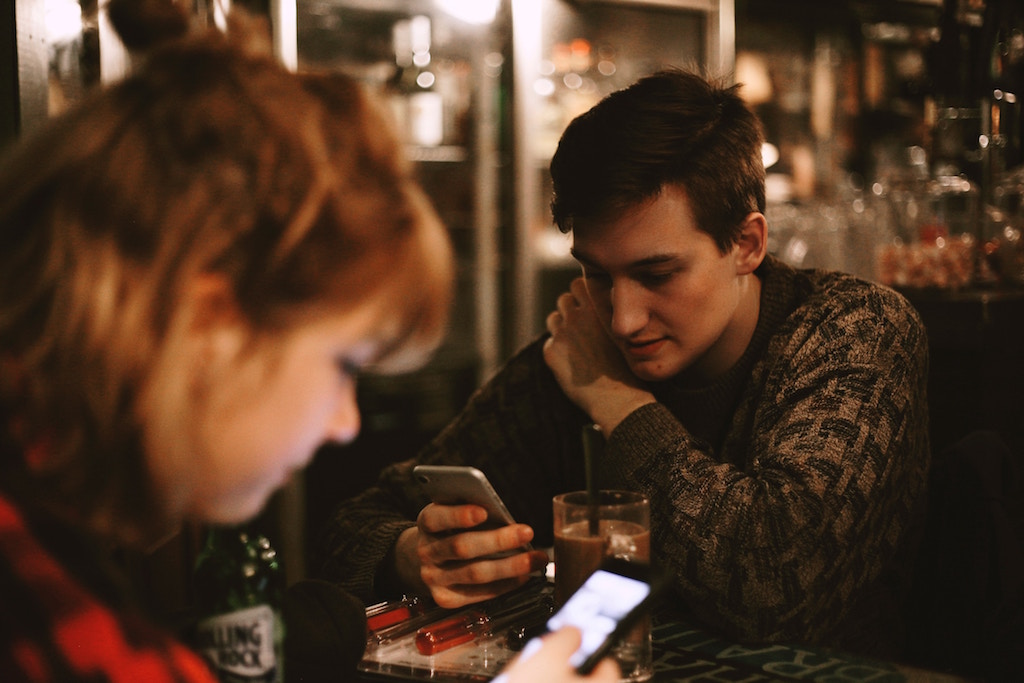 But I need a functioning phone. So instead of trekking to the Apple Store, I pick up a SIM card around the corner (from my provider) that’ll actually fit my old iPhone 4.

I now have a working phone, but it’s slow as f*ck. I’ve had to delete most of the apps to keep it functional, and I rarely use the ones I’ve kept. I’ve since posted to Instagram only once, stopped checking in on Yelp (and I’m Yelp Elite), and forgotten about Twitter altogether. I mostly just use it to take calls, send text messages, and check work email.

It’s remarkable how much my daily flow has changed. I look around me when I’m out and about, and I pay more attention to the people around me. I’m more alert and less anxious. I even think differently about the world and what I’m doing — about what’s urgent, about what’s a passing impulse, and about what’s something that I can just deal with later.

Overall, I’m happier and I’m calmer. And I’m procrastinating the day when I have to go back to a phone that’s smarter than me.