What Would Donald Draper Blog?

This past weekend was Podcamp Montreal 2009 where I delivered a session called Sex, Trust, & Transparency: What Would Donald Draper Blog?

I set out to explore social media, personal branding, and what bloggers and podcasters could learn from Mad Men protagonist, Donald Draper. The audience was great, contributed so much input, and together, we covered so many different aspects of trust & transparency.

Blogging and podcasting are about self expression, about being able to share your ideas without any barriers. They’reÂ  about community: building community and joining community. So the question was: How would Donald Draper use Social Media to build his personal brand today?

For starters, Donald Draper wouldnâ€™t whore himself. Heâ€™d define his brand and target an appropriate audience give them what they wanted.

Because as a blogger, his audience would be the client, and Donald Draper has a very intuitive grasp what his clients need. And Donald Draper is very good at respecting those needs and paying attention to them. He wouldnâ€™t neglect those needs just to be a social media rockstar.

He wouldnâ€™t talk about his personal life or what he likes doing on the weekend. And he definitely wouldn’t gossip. Neither of these would do anything to help him fill the demand of his audience.

And this is why Donald Draper wouldn’t be transparent. Sure, heâ€™d share his thoughts about what his audience is interested in. But those thoughts would be calculated and pre-meditated.

Because when it come to building a community around a brand — personal or otherwise — what you call transparency was invented by guys like me to invoice clients for tweets. ;)

Since Donald Draper’s day, brands have transcended the ad industry and extended into our very identities. The idea of a brand has become so entrenched in society that we donâ€™t even have personalities anymore. We have personal brands.

And just as Dick Whitman recreated himself as Don Draper, personal branding let’s us recreated ourselves. So while Donald Draper might not blog, Dick Whitman most certainly would.

So I guess a better question would be: What would Dick Whitman blog? Because let’s face it, as incompatible as Donald Draper’s personality is with the open, transparent culture of social media, he’s just a product.

Donald Draper is the personal brand of Dick Whitman, someone from humble beginnings that wanted to make it big in the big city. And that someone would use any relevant tool available to them, including social media, to create a brand that was relevant to the audience that they wanted to target.

3 thoughts on “What Would Donald Draper Blog?” 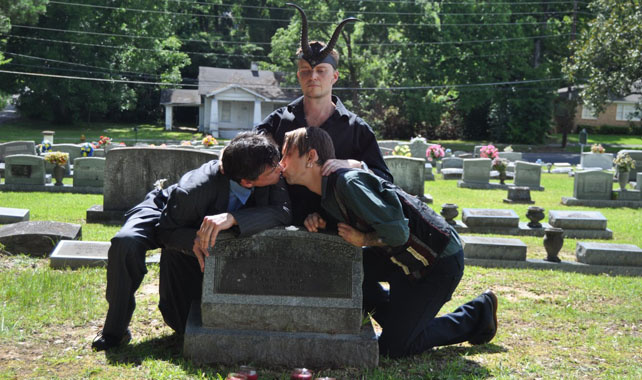